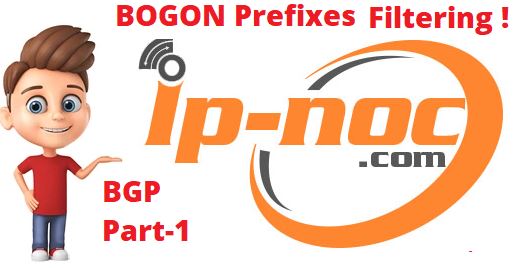 The bogon Prefixes are the type of Prefixes that are not routable on the global internet or you can say these prefixes even do not exist on the internet so these Prefixes are not allocated by IANA or any of your local internet registry (Such as AFRINIC, ARIN, APNIC, LACNIC,RIPE NCC etc etc.). A packet routed over the public Internet should never have an address in a bogon IP range.

Why Should I care about Bogon prefixes ??.

As we all know the bogon prefixes are not routable and doe’s not exist on the internet, It means there is no such destination or source that exists on the internet from these bogon IP pools. So any traffic detected from these IPs over the internet is called malicious traffic.

We have to block the traffic from Bogon prefixes in incoming and outgoing directions because bogon traffics are concerned as malicious traffic and this traffic is commonly found as the source address of DDoS attacks.. So if you don’t filter these IPs and if by mistake it gets routed on the global internet then the attackers on the internet may use bogon prefixes as a source of the attack. You may wonder why the attackers will use the bogon prefixes as sources ?, The reason is bogon sources are very difficult to find the real source of the attack.

All the Transit provider(ISP) filters the bogon prefixes inbound and outbound direction for their ASN so the traffic on these bogon prefixes can’t be transited or reach any Customer ASN. But sometimes, By-mistakenly the bogon prefixes can be routed by an ISP because of the wrong filtering technique. So it’s recommended to have a strict bogon filter in customer ASN too, instead of expecting everything from ISP.

So you as an enterprise customer and if your ASN is connected to an ISP through EBGP so make sure you are filtering bogon prefixes in both directions inbound and outbound on your edge.

Static filtering is basically you have to configure it statically by using a static filtering technique like ACL or Prefix list along witch route map. But this solution is not scalable because The bogon lists change frequently as per the allocation changes by the internet registry. So If you filter bogons statically, please make sure that you have to keep your filters list up-to-date but it’s really very difficult in real deployment and if you fail to do so, it may result in you filtering legitimate traffic. Static filtering can create extra work for network administrators around the globe. This is especially true for the full bogons list, which has significant changes every day. So This is where the dynamic filtering comes in which can be done by BGP.

so basically your Edge router will peer with the Team Cymru route server on a cloud over a multi-hop EBGP session .and then the Team Cymru route server will announce all the bogon routes to your router and then you can assign a single community value to all bogon prefixes which you are receiving from Team Cymru router server and then configure a next-hop IP which is not routable in your network and then you can point a static route towards null 0 for that next-hop IP . Once the nexthop route will be pointed to null 0 then all of your bogon traffic will be discarded.

Note:-you have to configure a static route for that next-hop ip to null 0. so that the bogon prefixes will be blackholed.

In the Next blog, We will see the filtering configuration…See You Soon..!!!